The dollar is our currency, but it's your problem.
—U.S. Treasury Secretary
John Connally, 1971
In the final televised presidential debate, Mitt Romney promised that if he is elected on Nov. 6 he will "label China a currency manipulator" on "day one" of his presidency. He also pledged to pay more attention to trade with Latin America, noting that the region's "economy is almost as big as the economy of China."
To be consistent, Mr. Romney should call out the Federal Reserve on day two for engaging in its own currency manipulation by way of "quantitative easing," which undermines the value of the dollar relative to Latin American currencies. After all, no one can expect a healthy trade relationship with the region if the Fed is goading U.S. trading partners into competitive currency devaluations.
But that's not the main reason why a new U.S. president should want to rein in the Fed. The greater worry is the one that International Monetary Fund Managing Director Christine Lagarde warned about at the IMF's October meeting in Tokyo. Easy money from the central banks of developed countries, she said, creates the risk of "asset price bubbles" in emerging economies.
If history is any guide, such bubbles are likely to lead to financial crises that in turn lead to setbacks in development. Aside from the damage that does to middle-income countries like Brazil, emerging-market financial crises also undermine U.S. economic and geopolitical objectives.
From September 2008 through the end of 2011, Mr. Bernanke's Fed created $1.8 trillion in new money. But Fed policy makers were only warming up. In September they announced that they will engage in a third round of quantitative easing—that is, more money creation, ostensibly to spur growth and thus bring down unemployment—at a rate of $40 billion per month with no deadline.
With so many dollars sloshing around in U.S. banks and with a fed-funds rate set near zero, investors have found it hard to earn a decent return. The scavenger hunt for yield has sent dollars rushing into emerging markets where, as they are converted into local currency, they put upward pressure on the exchange rate.
Brazil has experienced this in spades. Brazilian Finance Minister Guido Mantega has complained bitterly about it because in his mind the higher relative value of the realmakes Brazil worse off.
Enlarge Image 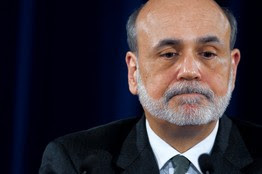 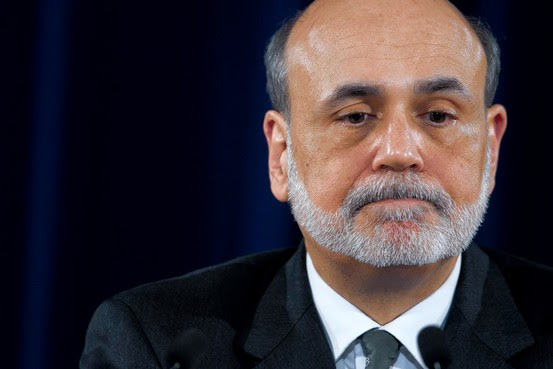 Bloomberg
U.S. Federal Reserve Chairman Ben Bernanke
In Mr. Bernanke's remarks at the IMF meeting in Tokyo, he suggested that emerging economies ought to simply let their currencies appreciate rather than "resist appreciation" through "currency management." To do otherwise, he noted, can mean "susceptibility to importing inflation," which means making Brazilians poorer.
Mr. Bernanke has a point. The closed, heavily regulated Brazilian economy is held back by too much government, not a strong real.
Indeed, the quest for a weak currency to boost exports is counterproductive if the goal is development. As former Salvadoran Finance Minister Manuel Hinds wrote earlier this month for the Atlantic magazine's new online publication, Quartz, the Brazilian boom in industrial production, which stirred "the idea that [Brazil] would become the engine of the world," came from "the inflow of dollars that Mr. Mantega hates so much."
But Mr. Bernanke's dismissive posture toward emerging economies missed the larger point. As Mr. Hinds also pointed out, "the exceptional prosperity would last only as long as the dollars kept on coming." And there's the rub. The boom is an artificially high valuation of the Brazilian economy, produced only because Mr. Bernanke has made the world awash in dollars.
The sustainability issue is troubling. As Bank of England Governor Mervyn King noted in a speech last week: "When the factors leading to a downturn are long-lasting, only continual injections of [monetary] stimulus will suffice to sustain the level of real activity. Obviously, this cannot continue indefinitely."
In a perfect world, the end of the dollar flows—or a downturn in soaring commodity prices when investor expectations begin to shift—would simply mean an economic slowdown. But booms are almost always accompanied by credit expansions, and Brazil's is no different. Since 2004, bank credit has grown to 167% of gross domestic product from 97%.
What happens when a leveraged economy, living on accommodative monetary policy, suddenly finds the spigot turned off? Ask Americans who were on the receiving end of Fed tightening in 2007.
In Tokyo, Mr. Bernanke spoke to the world the way former U.S. Treasury Secretary John Connally spoke to the G-10 in Rome in 1971 after the U.S. abandoned the Bretton Woods agreement that had tied the dollar to gold: Get over it. We do what we want.
That attitude wasn't constructive for Americans or the rest of the world. If some future U.S. president intends to restore American prestige in economic leadership, restoring Fed credibility as a responsible manager of the world's reserve currency is a necessary first step.
Postado por Rodrigo Constantino às 3:28 PM