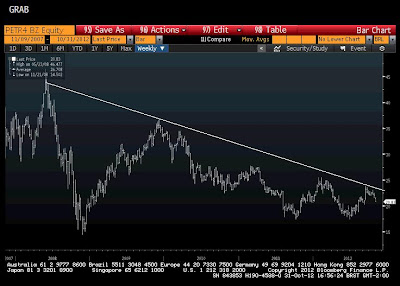 The trade weighted tariff rate is 7.6 percent. Non-tariff barriers and the use of antidumping measures are a cause for concern. Foreign investors are granted national treatment, but their activity is restricted in some sectors, including communications and mining.

The positive multiplier effect of reconstruction after Sandy could be as much as five times, according to Frank Holmes, CEO and CIO of money manager U.S. Global Investors. If the cost of the damages comes up to $20 billion, the economic boost in terms of spending and activity could be $100 billion, he said.

Normally, live coverage of events in Brazil is reserved for football matches.

But in recent weeks, the law professors at the Getulio Vargas Foundation (FGV), a Brazilian educational institution, have been running live commentary on something entirely different – the Mensalão (or big monthly allowance) case in the Supreme Court.

“This case is a result of the strengthening of the rule of law in Brazil,” said Oscar Vilhena Vieira, director of law at the FGV.So unprecedented is the case – in which the court, in televised hearings, has convicted senior members of Brazil’s former Workers’ Party, the PT, of corruption – that the professors have set up an on-campus “situation room” to provide live commentary to the media.

With the judges now moving to sentencing, interest in the trial is picking up.

Some Brazilians, jaded by decades of scandals in Brasília in which the perpetrators seemed to act with impunity, are suddenly daring to hope that the old ways of doing business may finally be changing in the vast emerging-market nation.

Those convicted in the Mensalão include former top lieutenants of Luiz Inácio Lula da Silva, the former president – such as his then chief of staff José Dirceu – who were found guilty of using public money to pay secret monthly stipends to opposition politicians in Congress in return for their support. Scores of people have been found guilty. The few sentences handed out so far have been tough.

“Brazil is taking this seriously because they see it as part of their role as an emerging power,” said Alejandro Salas, regional director for the Americas at the anti-sleaze organisation Transparency International, which ranks Brazil at 3.8 out of 10 in its corruption perceptions index (10 being regarded as “very clean”). This compares with fellow members of the big Bric emerging markets: Russia at 2.4, India at 3.1 and China at 3.6.

“They will differentiate themselves from the other emerging economies by doing this – by improving governance,” says Mr Salas.

One only needs to look at past cases, such as that of Ronaldo Cunha Lima, to understand the excitement in Brazil over Mensalão.

Cunha Lima, a former governor of the northern state of Paraíba as well as a senator, deputy of the lower house of Congress and a municipal councillor, shot and wounded a colleague in a restaurant in 1993. He died of cancer this year after having spent only three days in detention for the crime.

When his case finally came before a local court, he escaped judgment by becoming a senator in 2003. In Brazil, only the Supreme Court can handle criminal cases against federal politicians.

When the Supreme Court finally found time to hear the case in 2007, Cunha Lima resigned from the Senate, returning the matter to square one in the inefficient local court system.

“This man has manoeuvred and used tricks to escape trial for 14 years,” Joaquim Barbosa, the Supreme Court justice who is leading the Mensalão case, was quoted as saying at the time.

Yet the case was only one of many: from that of Fernando Collor, a former president, who is today a senator despite being impeached when he was in office for corruption, to that of his father, Arnon Mello, a senator who shot dead a colleague in the Senate in 1963 but never faced trial.

Indeed, in the past 30 years, 72 politicians have been murdered in Brazil, according to a list compiled by Carta Capital magazine. Corruption and political violence remain entrenched.

“You have to keep in mind that in Brazil until recently we have had cases of politicians killing other politicians in public and not going to jail,” said João Augusto de Castro Neves, an analyst with Eurasia Group.

The Mensalão case points to wider changes taking place in Brazil, according to Transparency International’s Mr Salas. The country is managing to couple institutional improvements with more robust enforcement. Traditionally, Latin American countries have struggled to do both in tandem.

Among the institutional reforms, Brazil has introduced the ficha limpa, or “clean slate” law, which prevents people convicted of crimes from running for public office. A law that also prevented the Supreme Court from trying federal politicians without prior approval from Congress has been revoked.

On the enforcement side, the role of the Supreme Court and independent public prosecutors, envisaged in Brazil’s 1988 post-dictatorship constitution as a check and balance on the executive, is beginning to take effect.

“It`s too early to celebrate, but at least the process has started,” says Mr Salas.

Others caution that the optimism should not be overdone. Campaign finance, a source of much corruption, remains murky, as are public tenders for jobs such as construction works and bus lines. They also point to the growing size of government spending in Brazil.

“This government is becoming more interventionist, so you have more opportunities for corruption,” says Luciano Dias, a political consultant in Brasília.

Still, Mensalão is leading some people, especially the young, to dare to take an interest in politics again, says Oliver Stuenkel, assistant professor of international relations at FGV.

The dollar is our currency, but it's your problem.
—U.S. Treasury Secretary
John Connally, 1971
In the final televised presidential debate, Mitt Romney promised that if he is elected on Nov. 6 he will "label China a currency manipulator" on "day one" of his presidency. He also pledged to pay more attention to trade with Latin America, noting that the region's "economy is almost as big as the economy of China."
To be consistent, Mr. Romney should call out the Federal Reserve on day two for engaging in its own currency manipulation by way of "quantitative easing," which undermines the value of the dollar relative to Latin American currencies. After all, no one can expect a healthy trade relationship with the region if the Fed is goading U.S. trading partners into competitive currency devaluations.
But that's not the main reason why a new U.S. president should want to rein in the Fed. The greater worry is the one that International Monetary Fund Managing Director Christine Lagarde warned about at the IMF's October meeting in Tokyo. Easy money from the central banks of developed countries, she said, creates the risk of "asset price bubbles" in emerging economies.
If history is any guide, such bubbles are likely to lead to financial crises that in turn lead to setbacks in development. Aside from the damage that does to middle-income countries like Brazil, emerging-market financial crises also undermine U.S. economic and geopolitical objectives.
From September 2008 through the end of 2011, Mr. Bernanke's Fed created $1.8 trillion in new money. But Fed policy makers were only warming up. In September they announced that they will engage in a third round of quantitative easing—that is, more money creation, ostensibly to spur growth and thus bring down unemployment—at a rate of $40 billion per month with no deadline.
With so many dollars sloshing around in U.S. banks and with a fed-funds rate set near zero, investors have found it hard to earn a decent return. The scavenger hunt for yield has sent dollars rushing into emerging markets where, as they are converted into local currency, they put upward pressure on the exchange rate.
Brazil has experienced this in spades. Brazilian Finance Minister Guido Mantega has complained bitterly about it because in his mind the higher relative value of the realmakes Brazil worse off.
Enlarge Image

Bloomberg
U.S. Federal Reserve Chairman Ben Bernanke
In Mr. Bernanke's remarks at the IMF meeting in Tokyo, he suggested that emerging economies ought to simply let their currencies appreciate rather than "resist appreciation" through "currency management." To do otherwise, he noted, can mean "susceptibility to importing inflation," which means making Brazilians poorer.
Mr. Bernanke has a point. The closed, heavily regulated Brazilian economy is held back by too much government, not a strong real.
Indeed, the quest for a weak currency to boost exports is counterproductive if the goal is development. As former Salvadoran Finance Minister Manuel Hinds wrote earlier this month for the Atlantic magazine's new online publication, Quartz, the Brazilian boom in industrial production, which stirred "the idea that [Brazil] would become the engine of the world," came from "the inflow of dollars that Mr. Mantega hates so much."
But Mr. Bernanke's dismissive posture toward emerging economies missed the larger point. As Mr. Hinds also pointed out, "the exceptional prosperity would last only as long as the dollars kept on coming." And there's the rub. The boom is an artificially high valuation of the Brazilian economy, produced only because Mr. Bernanke has made the world awash in dollars.
The sustainability issue is troubling. As Bank of England Governor Mervyn King noted in a speech last week: "When the factors leading to a downturn are long-lasting, only continual injections of [monetary] stimulus will suffice to sustain the level of real activity. Obviously, this cannot continue indefinitely."
In a perfect world, the end of the dollar flows—or a downturn in soaring commodity prices when investor expectations begin to shift—would simply mean an economic slowdown. But booms are almost always accompanied by credit expansions, and Brazil's is no different. Since 2004, bank credit has grown to 167% of gross domestic product from 97%.
What happens when a leveraged economy, living on accommodative monetary policy, suddenly finds the spigot turned off? Ask Americans who were on the receiving end of Fed tightening in 2007.
In Tokyo, Mr. Bernanke spoke to the world the way former U.S. Treasury Secretary John Connally spoke to the G-10 in Rome in 1971 after the U.S. abandoned the Bretton Woods agreement that had tied the dollar to gold: Get over it. We do what we want.
That attitude wasn't constructive for Americans or the rest of the world. If some future U.S. president intends to restore American prestige in economic leadership, restoring Fed credibility as a responsible manager of the world's reserve currency is a necessary first step.
Postado por Rodrigo Constantino às 3:28 PM Nenhum comentário:

A filosofia de lavar a louça

A religião do momento 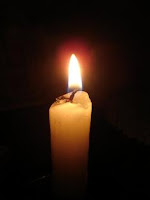 Nigel Farage straight to the point!