I Was Right About That Strange Jobs Report

Imagine a country where challenging the ruling authorities—questioning, say, a piece of data released by central headquarters—would result in mobs of administration sympathizers claiming you should feel "embarrassed" and labeling you a fool, or worse.
Unfortunately for those who would like me to pipe down, the 7.8% unemployment figure released by the Bureau of Labor Statistics (BLS) last week is downright implausible. And that's why I made a stink about it.Soviet Russia perhaps? CommunistChina? Nope, that would be the United States right now, when a person (like me, for instance) suggests that a certain government datum (like the September unemployment rate of 7.8%) doesn't make sense.
Before I explain why the number is questionable, though, a few words about where I'm coming from. Contrary to some of the sound-and-fury last week, I do not work for the Mitt Romney campaign. I am definitely not a surrogate. My wife, Suzy, is not associated with the campaign, either. She worked at Bain Consulting (not Bain Capital) right after business school, in 1988 and 1989, and had no contact with Mr. Romney.
The Obama campaign and its supporters, including bigwigs like David Axelrod and Robert Gibbs, along with several cable TV anchors, would like you to believe that BLS data are handled like the gold in Fort Knox, with gun-carrying guards watching their every move, and highly trained, white-gloved super-agents counting and recounting hourly.
Let's get real. The unemployment data reported each month are gathered over a one-week period by census workers, by phone in 70% of the cases, and the rest through home visits. In sum, they try to contact 60,000 households, asking a list of questions and recording the responses.
The possibility of subjectivity creeping into the process is so pervasive that the BLS's own "Handbook of Methods" has a full page explaining the limitations of its data, including how non-sampling errors get made, from "misinterpretation of the questions" to "errors made in the estimations of missing data."Some questions allow for unambiguous answers, but others less so. For instance, the range for part-time work falls between one hour and 34 hours a week. So, if an out-of-work accountant tells a census worker, "I got one baby-sitting job this week just to cover my kid's bus fare, but I haven't been able to find anything else," that could be recorded as being employed part-time.
Bottom line: To suggest that the input to the BLS data-collection system is precise and bias-free is—well, let's just say, overstated.
Even if the BLS had a perfect process, the context surrounding the 7.8% figure still bears serious skepticism. Consider the following:
In August, the labor-force participation rate in the U.S. dropped to 63.5%, the lowest since September 1981. By definition, fewer people in the workforce leads to better unemployment numbers. That's why the unemployment rate dropped to 8.1% in August from 8.3% in July.
Meanwhile, we're told in the BLS report that in the months of August and September, federal, state and local governments added 602,000 workers to their payrolls, the largest two-month increase in more than 20 years. And the BLS tells us that, overall, 873,000 workers were added in September, the largest one-month increase since 1983, during the booming Reagan recovery.
These three statistics—the labor-force participation rate, the growth in government workers, and overall job growth, all multidecade records achieved over the past two months—have to raise some eyebrows. There were no economists, liberal or conservative, predicting that unemployment in September would drop below 8%.
I know I'm not the only person hearing these numbers and saying, "Really? If all that's true, why are so many people I know still having such a hard time finding work? Why do I keep hearing about local, state and federal cutbacks?"
Enlarge Image 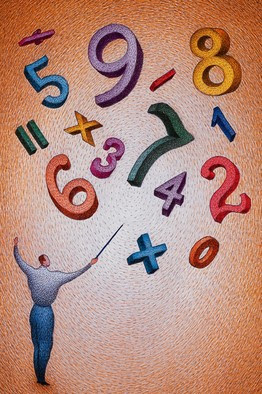 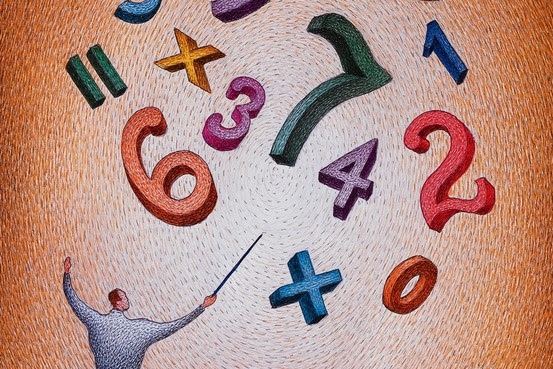 Corbis
I sat through business reviews of a dozen companies last week as part of my work in the private sector, and not one reported better results in the third quarter compared with the second quarter. Several stayed about the same, the rest were down slightly.
The economy is not in a free-fall. Oil and gas are strong, automotive is doing well and we seem to be seeing the beginning of a housing comeback. But I doubt many of us know any businessperson who believes the economy is growing at breakneck speed, as it would have to be for unemployment to drop to 7.8% from 8.3% over the course of two months.
The reality is the economy is experiencing a weak recovery. Everything points to that, particularly the overall employment level, which is 143 million people today, compared with 146 million people in 2007.
Now, I realize my tweets about this matter have been somewhat incendiary. In my first tweet, sent the night before the unemployment figure was released, I wrote: "Tomorrow unemployment numbers for Sept. with all the assumptions Labor Department can make..wonder about participation assumption??" The response was a big yawn.
My next tweet, on Oct. 5, the one that got the attention of the Obama campaign and its supporters, read: "Unbelievable jobs numbers..these Chicago guys will do anything..can't debate so change numbers."
As I said that same evening in an interview on CNN, if I could write that tweet again, I would have added a few question marks at the end, as with my earlier tweet, to make it clear I was raising a question.
But I'm not sorry for the heated debate that ensued. I'm not the first person to question government numbers, and hopefully I won't be the last. Take, for example, one of my chief critics in this go-round, Austan Goolsbee, former chairman of the Obama administration's Council of Economic Advisers. Back in 2003, Mr. Goolsbee himself, commenting on a Bush-era unemployment figure, wrote in a New York Times op-ed: "the government has cooked the books."
The good news is that the current debate has resulted in people giving the whole issue of unemployment data more thought. Moreover, it led to some of the campaign's biggest supporters admitting that the number merited a closer look—and even expressing skepticism. The New York Times in a Sunday editorial, for instance, acknowledged the 7.8% figure is "partly due to a statistical fluke."
The coming election is too important to be decided on a number. Especially when that number seems so wrong.
Mr. Welch was the CEO of General Electric for 21 years and is the founder of the Jack Welch Management Institute at Strayer University.
Postado por Rodrigo Constantino às 3:08 PM