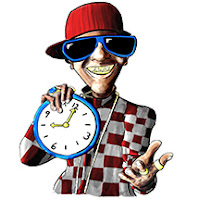 All of the money being created and freed up is elevating asset prices, but those prices are not causing corporations to invest in future production.
Postado por Rodrigo Constantino às 1:20 PM

As Milton Friedman understood and OBAMA do not, is that an economy cannot spend or tax itself into prosperity.
In the debate Mitt X Obama this option for taxing became clear for Obama when he faced Mitt with the alternative: Raise tax against the middle class or raise tax "against the rich". In his head there is not a third option.
THE ONLY ACTION AMERICAN VOTERS CAN EXPECT FROM HIM IF OBAMA WINS IS TO RAISE TAX ”against the rich”
Mitt Romney’s option: GIVING JOBS A CHANCE! LESS TAX, LESS BUREOCRACY, LESS GOVERNMENT.
That is the man we are looking for. Aren’t we?